by jumbleknot
Thank you ShadowX!

by Jabes
I have the UK version (out today) and my segment maps all start with 512 and end with 504, so it is obviously different again. I do not have anything to compare it to right now so will probably wait until someone else works it out!

Jabes wrote:I have the UK version (out today) and my segment maps all start with 512 and end with 504, so it is obviously different again. I do not have anything to compare it to right now so will probably wait until someone else works it out!

Hey, I posted this on reddit. Hope it helps.

by gereral1
Been along time..... I've moved onto uhd 4k. Have you guys tried path contains .m2ts filer in process monitor and go 16x thru video and write down the segment map? Then load bdinfo and find mpls that way? Can't test anymore. No longer use Blu-ray anydvd...... Moved onto UHD. I know mpls is screwed up now but there may be a loophole in the m2ts calls.

by Matthew_ Cinema
I am a Canadian looking to rip the BR of La La Land! None of these MPLS numbers listed on this thread match the segment map numbers that are supposed to accompany them, because of course these are for the American releases. Does anybody have any tips on where/how I can find the proper MPLS for the Canadian BR release!? There are upwards of 400 or more decoy duplicate titles when I open it up in MakeMKV! I am just starting to do film analysis video essays, so I really need proper HD footage for this! If anybody is more knowledgable than me and has any tips, it would be GREATLY appreciated

by nickbuol
Hopefully everyone has sorted this out already, but I just got up the retail disc of this today, and using THIS method, came up with 620 for the RETAIL copy. Unfortunately, it was a gift, so I don't know where they bought it. Hopefully it is current at 620.mpls since that is what PowerDVD 15 plays back.

by Matthew_ Cinema
For our Canadian users, after a LOT of trial and error I figured it out using this method http://www.makemkv.com/forum2/viewtopic ... 80&start=0 . The Canadian MPLS is 00653.mpls. I bought a used version from a rental store, so I don't know what supplier this is from.

by SouthernRipper
Walmart special edition (has a sticker on the sleeve, "Only at Walmart. Includes an extra disc with 30 minutes of exclusive bonus content" by Myrtledog
Does anyone know the correct play list for the BD in the US UHD combo pack?

by hnahorton
I just bought the US Amazon multi-pack called La La Land [Blu-ray + DVD + Digital HD] (see image below) and unfortunately, none of the above-mentioned playlists worked. In fact, every one of the segment maps begins with 509 and ends with 513 which I didn't see in any other replies here. However, AnyDVD indicated playlist 620 was the correct one and it worked! I've confirmed by watching. Here's all the details: 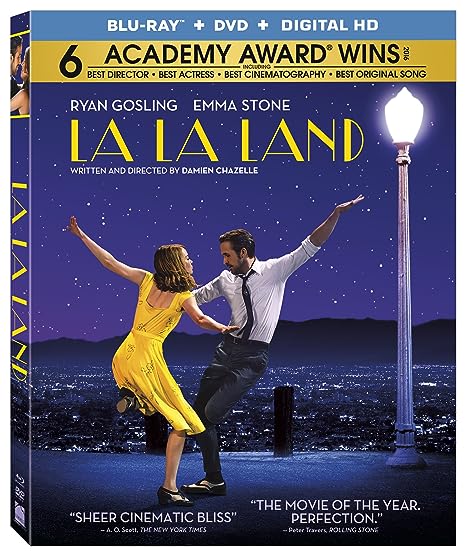 00912.mpls isn't listed on my Netflix Blu-ray copy. Neither are any of the .mpls listed throughout this thread.

The Process Monitor trick spews out random .mpls sessions as well. I'm at a loss which of the hundreds of .mpls's to chose from.

by Woodstock
At the TOP of the list, do you have a title marked "(FPL_MainFeature)"?

Woodstock wrote:At the TOP of the list, do you have a title marked "(FPL_MainFeature)"?

Yes I do. And whoa, there's the missing 912. I was looking down in numerical order. Thanks, Woodstock!
All times are UTC
Page 3 of 3